There are two inverters installed in the Reatta. One is in the dash and the other is in the console.

Notes by Barney Eaton:
The inverters look like relays but have pastel colored covers. One is a pale red/pink the other is a pale blue/green. There is little information on these devices, and they cannot put out much power based on their small size.

The following instructions cover replacement of the 110 volt inverter that powers the light pods and maybe some other electronic devices. It is located on the drivers side high up under the dash. This one has a red/pink color. See photo below. 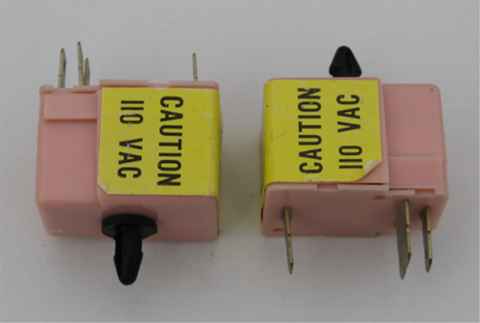 Thanks to Barney Eaton for supplying this photo
There are two ways to replace the inverter.

2. Locate the inverter under the dash using the photos below. Then carefully grasp the inverter and pull down until the plastic push pin breaks.

You must take precautions to protect you arm and hands from sharp objects inside the dash. Not doing so could result in personal injury.

One suggestion is to wrap your arm with an ACE bandage to protect you arm. It is your responsibility to ensure your safety!

After you have the inverter loose from the dash it will be dangling by the wires. You might have to fish the inverter through other wires under the dash to get it low enough to change it out.

Disconnect the clip  that holds the connector in place (must be done with one hand. The inverter will not come down far enough to use both hands) and replace the inverter. If you would like to test the inverter once you have it out you can find instructions for testing the inverter here .

Unless you have extreme dexterity and very small hands you will not be able to attach the inverter to the same place it was originally attached. Secure the inverter under the dash in some manner to keep it from rattling and you are done.

The photo below will help you locate the inverter under the dash. 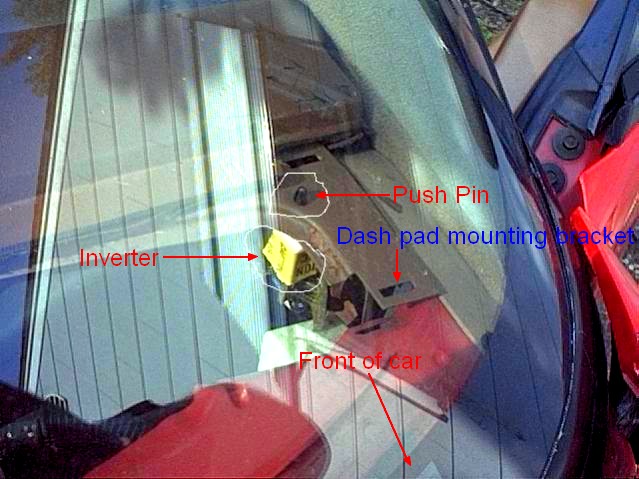 Thanks to D.K. Watson Sr. for supplying this photo.

This photo will also help in locating the inverter.

Thanks to D.K. Watson Sr. for supplying this photo